The Police Service of Northern Ireland (PSNI) is considering introducing a health policy on the menopause.

The Police Service of Northern Ireland (PSNI) is considering introducing a health policy on the menopause. 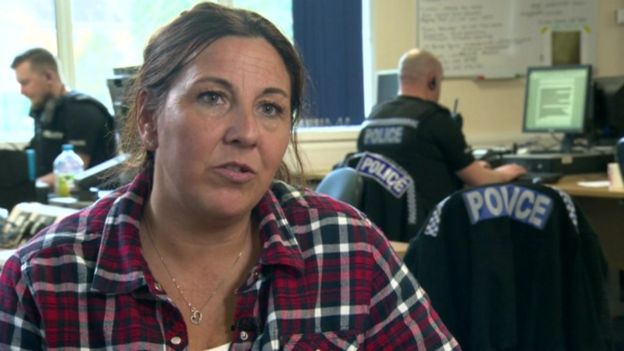 It follows a move in England which has seen several police forces introducing such a policy.

Over a third of the PSNI workforce are women - around 70% of those thought there should be a policy on menopause.

Assistant Chief Constable Barbara Gray said the PSNI see the menopause as a condition that can impact some individuals adversely at work.

What is the Menopause?

In Northern Ireland, women make up 50.5% of the workforce and 56% of women over 50 are in employment.

This means the menopause at work will affect more women as they continue to work longer.

Nottingham Police force was the first in the UK to introduce a menopause policy.

Det Con Keeley Mansel went through an early menopause three years ago and the experience was so debilitating she considered leaving the force.

The 42-year-old told BBC News NI that she loved her job working in public protection but the menopause just "floored her."

"The hot flushes were so severe, I would be wet through, would go to meetings and suddenly would feel this red hot burning that you just couldn't stop.

"The headaches, the migraines, fatigue, exhaustion was the massive thing for me."

Det Con Mansel said when she sought support at work, at the time, there was none available.

She decided to try to change things and eventually came up with recommendations including provision of fans and changes to uniform.

These were adopted last year as part of the Nottinghamshire force's guidance for managers.

She says the official policy has proved crucial in starting difficult conversations between officers and their managers.

"It's important that we have this policy so that it can't be ignored. I wanted someone to take it seriously which our organisation has done.

"Hopefully it gives people the support, confidence and the belief they can come forward and speak to a supervisor."

The Police Federation for Northern Ireland said their recent survey of women officers showed that almost 70 percent thought there should be a specific menopause policy.

"We have seen through the survey that people are suffering from memory loss, from poor concentration, headaches and all the symptoms that go with the menopause.

"Their health and wellbeing deserve to be higher up the agenda and the many issues associated with menopause more openly discussed."

Assistant Chief Constable Barbara Gray said this is being examined.

"We are considering the introduction of a specific policy but we are absolutely satisfied at this time that we have a well developed wellbeing strategy for all of our members of staff within the police service."