PFNI calls on politicians to settle differences in restored institutions

PFNI calls on politicians to settle differences in restored institutions 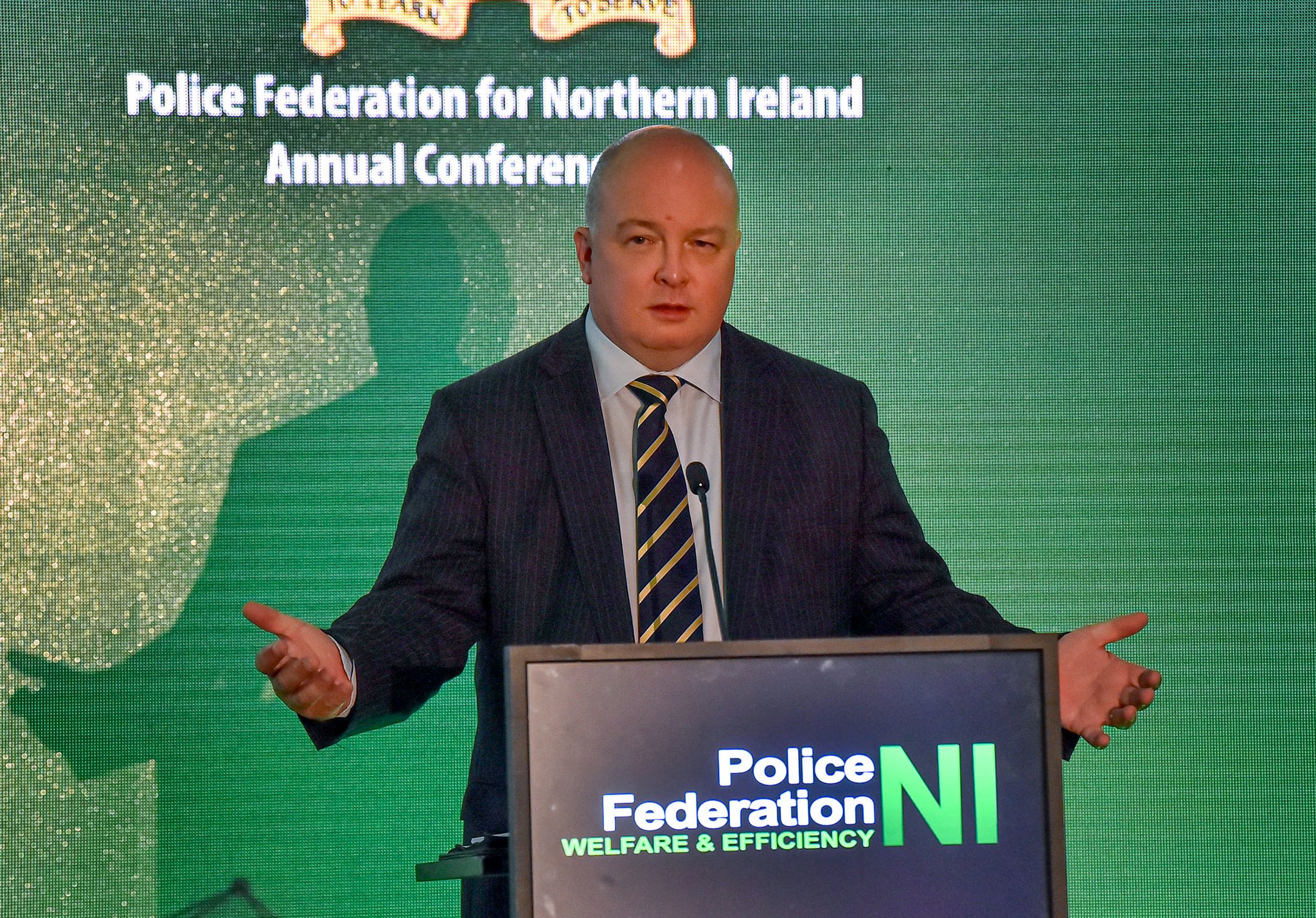 The Chair of the Police Federation for Northern Ireland, Mark Lindsay, has called on politicians to settle their differences in a restored Assembly and Executive.

Mr Lindsay told delegates attending the PFNI Annual Conference that two and a half years on from the suspension of the devolved institutions, Northern Ireland was left with drift and indecision.

In his keynote address, Mr Lindsay said: “We have no Programme for Government. No one to fight our corner for increased numbers and adequate resources.

“The job of repairing fences and getting back to legislating and running Northern Ireland should trump all else.

“If politicians are to rebuild public trust and confidence, then they will have to move from narrow, sectional demands and instead consider the greater societal good.

“Settle your differences inside Stormont and not outside it. It’s time to end shrill megaphone voices for what passes as local political engagement. Deliver what people want and what policing and society needs.”

Mr Lindsay also revealed details of the latest PFNI Workforce Survey which found that 92% of officers believed that morale across the PSNI was low.

Three-quarters said they were expected to work faster when the pressure built up, even if it meant taking shortcuts. More than 80% reported not having enough officers to manage all the demands made on them as a team.

Mr Lindsay went on: “There are consequences when people have to consistently work under such unrelenting pressures, with the very real threat of punitive disciplinary action being taken if and when they get it wrong.

“This feedback from the ‘coalface’ is disturbing and worrying. In any other organisation or enterprise, this would set alarm bells ringing. Yet, for some inexplicable reason, the silence is deafening in some Government departments.

“Without urgent investment, further decline in service will be inevitable. We will see more officers under stress and reporting sick. More being injured on duty and more leaving for less demanding jobs.”

Mr Lindsay also called for tougher sentences from the courts for those found guilty of assaulting officers.

He said this ran the risk of creating a new community of victims – former police officers – who might have to delve into their pensions and savings to mount their own legal defences.

The PFNI Chair called on the Government to provide ‘early and adequate legal indemnity’ for accused retired officers.