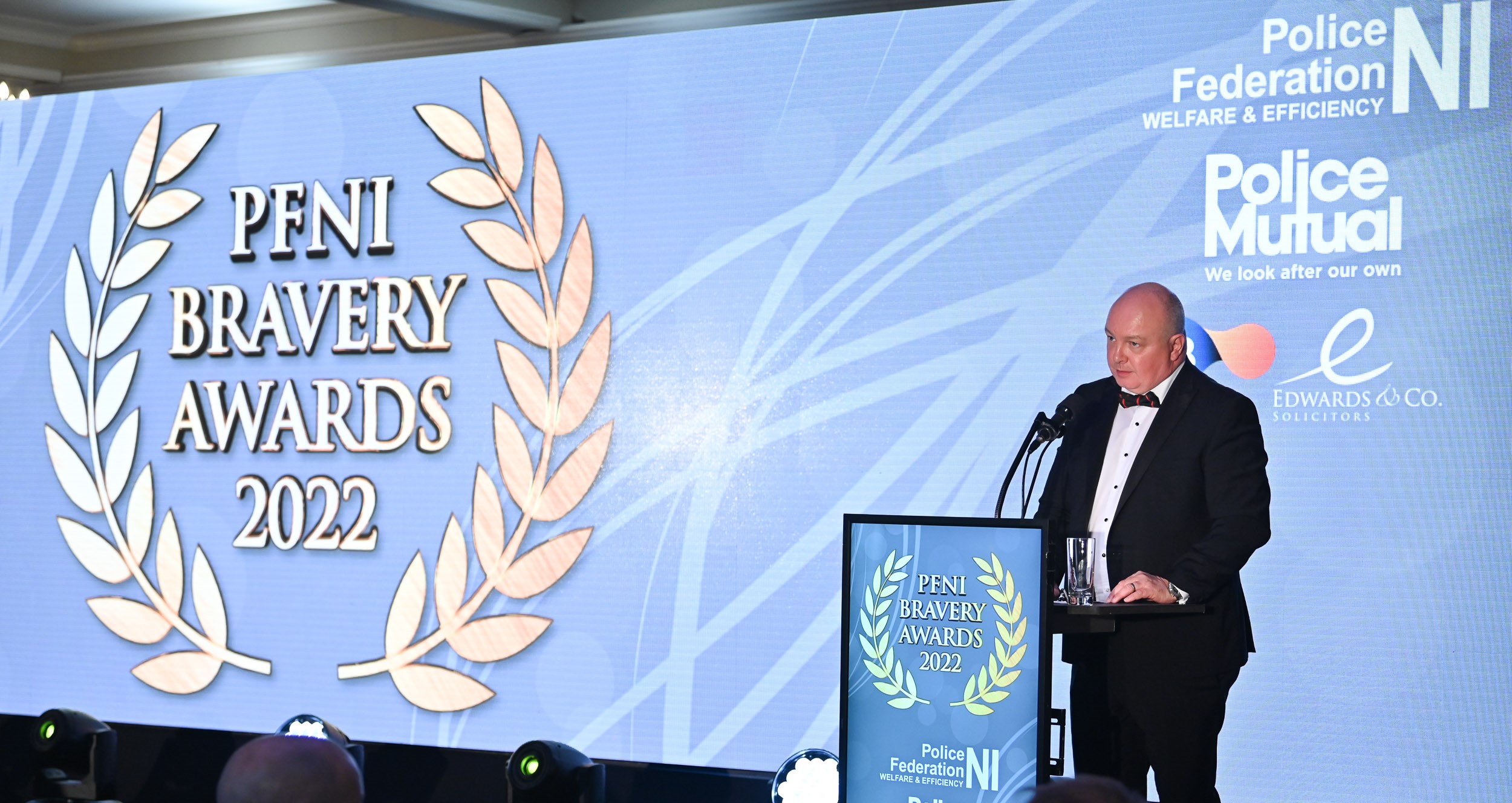 ‘Extraordinary and exceptional actions by police officers’ have been celebrated at the inaugural Police Federation for Northern Ireland (PFNI) Bravery Awards.

The ceremony was hosted by Northern Ireland actor, Jimmy Nesbitt, and took place at a Gala Dinner in the Culloden Hotel on Thursday 3rd March.

In total, there were 13 regional award winners, representative of PSNI officers from across all areas and Departments. They included examples of outstanding courage and life-saving interventions over a three-year period.

A number of entries detailed harrowing and violent incidents and instances where direct police officer intervention saved lives. Nominations involved both on and off-duty officers.

In this case, which remains a live investigation, the nominating officer paid tribute to the courage, bravery, resilience and professionalism of the four officers involved. Their actions had a significant positive impact on public confidence in Policing in North Belfast.

Host Jimmy Nesbitt said of the entrants: “These Police Federation for Northern Ireland awards highlight the extraordinary and exceptional actions of police officers. The people who are honoured are but a small number of officers who do outstanding and selfless work on a daily basis. They step up to the mark every time and rush towards danger to save lives when that is what’s required. They are a credit to policing, and a credit to Northern Ireland.”

The Chair of the PFNI, Mark Lindsay, said: “We see in these awards the other side of what it means to police this entire community. Away from headline-grabbing controversies, we have thousands of officers who go about their work in a single-minded and dedicated manner. They deserve great credit for the contribution they make and, in our small way, we are saying to our colleagues we are immensely proud of what you do.

“These are the inaugural  Police Federation for Northern Ireland Bravery Awards and have been very well received by the rank-and-file. It is right we acknowledge the often quiet but heroic work of colleagues and their amazing dedication to making Northern Ireland a better place for all of us.”